Items related to The Birth of the Prophet: Background, Significance,...

The Birth of the Prophet: Background, Significance, Preparations, Events and Miracles 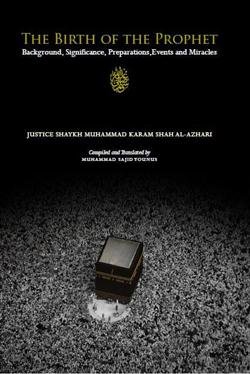 The birth of the Prophet was a momentous and revolutionary event. It was foretold by the earlier Prophets and eagerly anticipated by the previous nations, so much so that each generation would bequeath the next its signs. The episode of the elephant was, in Ibn Kathir's own words 'a prelude to the Prophet's prophethood and an announcement of his arrival.' Some people had managed to calculate the correct date and were present in Makkah on that night and sought out the newborn. Not everyone was happy though; some openly mourned the passing of prophethood from the Children of Isaac to the Children of Ismail, others like the Cursed Iblis wailed in regret whilst the palaces of Cyrus trembled and the idols in the Ka'ba fall down. Muslims throughout history and all over the world have and continue to remember this night, its events and its significance. This book details succinctly the events of that night, briefly describes the Prophet's parents and presents the research upon their belief. It also details the tribe of the Quraysh and the events of the People of the Elephant through the Tafsir of Sūra al-Quraysh and Al-Fil so that the reader can fully appreciate the breadth and depth of the significance of the Prophet's arrival into this world. Justice Shaykh Muhammad Karam Shah Al-Azhari, may Allah have mercy upon him, was one of the leading scholars and spiritual guides of the twentieth century. He completed his advanced religious studies with scholars such as Shaykh Sayyid Na'im ud-Din Muradabadi and also achieved a BA from Punjab University. From 1951 he studied at postgraduate level in Fiqh and Usul ul-Fiqh at Al-Azhar University, leaving a lasting impression on the scholars there whilst attaining his MPhil, and at the same time an MA from Cairo University. In March 1981 he was appointed judge of the Sharia court in Pakistan and the following year was appointed to the Supreme Court appellate bench where he served with fearless distinction.