Items related to Radiation and Reason: The Impact of Science on a Culture...

Wade Allison Radiation and Reason: The Impact of Science on a Culture of Fear

Radiation and Reason: The Impact of Science on a Culture of Fear 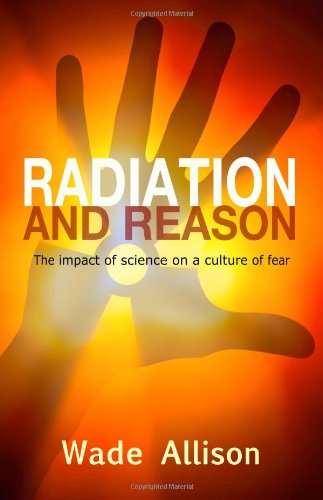 This is a positive and accessible account of the effect of radiation on life that brings good news for the future of mankind. For more than half a century the view that radiation represents an extreme hazard has been accepted. This book challenges that view by facing the question "How dangerous is ionising radiation?" Briefly the answer is that radiation is about a thousand times less hazardous than suggested by current safety standards. For many this will come as a surprise and then quickly raise a second question "Why are people so worried about radiation?" This is the out-of-date result of Cold War politics combined with a concern about radiation that was appropriate in an earlier age when the scientific understanding was limited. In the book these answers are explained in accessible language and related directly to modern scientific evidence and understanding, for instance the high levels of radiation used to the benefit of health in every major hospital. Four facts illustrate the need for a new understanding. 1. The radiation levels in the nuclear waste storage hall at Sellafield, UK are so low (1 micro-sievert per hour) that anyone would have to stay there for a million hours to receive the same dose that any patient on a course of radiotherapy treatment receives to their healthy tissue in a single day (1 sievert or gray). 2. The radiation dose experienced by the survivors of the Hiroshima and Nagasaki bombs caused 0.6% to die of radiation-induced cancer between 1950 and 2000, that is about 1/20 of the chance of dying of cancer anyway and less than the chance of being killed on US highways in that period. 3. The wildlife at Chernobyl today is reported to be thriving, despite being radioactive. 4. The mortality of UK radiation workers before age 85 from all cancers is 15-20% lower than comparable groups. The case for a complete change in attitude towards radiation safety is unrelated to the effects of climate change. But the realisation that radiation and nuclear energy are much safer than is usually supposed is of extreme importance to the current discussion of alternatives to fossil fuels and their relative costs. Further information and downloads are available from http://www.radiationandreason. com

"Wade Allison narrates the history and nature of nuclear radiation, culminating in an attack on the obsessive safety levels governing nuclear energy. The world is in the grip of a prejudice from which nothing seems able to free it. At least this book tries." -- Simon Jenkins, The Guardian 8 Jan 2010

This is an important and useful book.... Wade Allison's message is simple - we've got it wrong about nuclear power. The arguments are very powerful.
--Brian Clegg, ed. Popular Science website, January 2010

Professor Wade Allison, MA DPhil, is a Fellow of Keble College and a Professor of Physics at the University of Oxford where he has studied and taught for over 40 years. His earlier research work was in elementary particle physics, in particular the radiation field of relativistic particles, but his interests and expertise have spread much wider. He recently published "Fundamental Physics for Probing and Imaging", an advanced textbook for his course at Oxford on medical physics, including radiation and its use in clinical medicine and the wider environment. Of the safety of radiation and nuclear technology, he says "I have no axe to grind, I have no links with the industry, I just want to see the truth out there. So many people have been under a misapprehension for so long."
Of the conclusions of this book he says "It brings good news - but are the people of the world ready to re-examine past assumptions in the light of current science? It is important that they do, because, without nuclear energy, the future for mankind looks bleak."

Radiation and Reason: The Impact of Science on a Culture of Fear