Items related to "Billboard" Book of Number One Hits

"Billboard" Book of Number One Hits 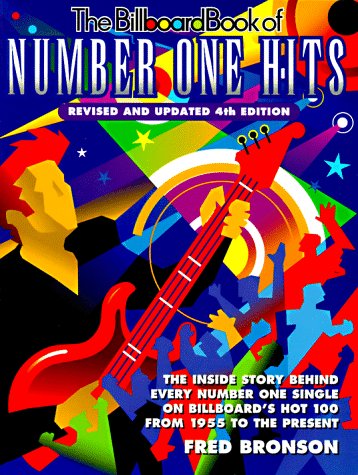 Lists number one songs from "Rock Around the Clock" by Bill Haley and His Comets to Elton John's "Candle in the Wind 1997," and includes background information on the songs and their writers and performers

Fred Bronson has been called “America’s foremost chart journalist.” He writes the popular “Chart Beat” column in Billboard magazine, as well as his own chart-oriented section of Billboard.com. The author of Billboard’s Hottest Hot 100 Hits, now in its third edition, he lives in Los Angeles.

1. The Billboard Book of Number One Hits

2. The Billboard Book of Number One Hits

3. THE BILLBOARD BOOK OF NUMBER ONE