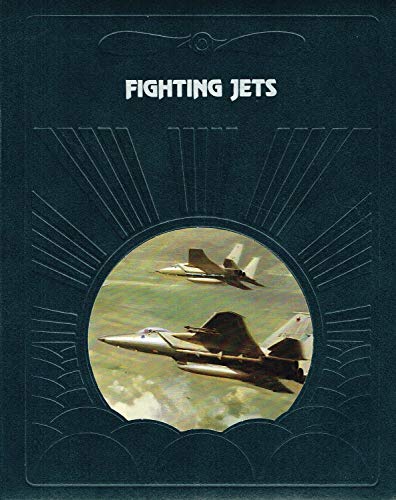 Traces the history of jet combat aircraft and discusses the use of jet fighter planes in the Korean War, Vietnamese War, and battles in the Middle East

On 27 August, 1939, just four days before the outbreak of World War II, a slender, unconventional research airplane designated the Heinkel 178 took off from Marienhe Airfield in Germany to make the first successful flight of a turbojet aircraft. The event, although hardly noticed at the time, marked the dawn of a new age in aerial warfare.The dramatic views on these and the following pages, painted by some of the world's leading aviation artists, depict highlights in the 40-year evolution of this awesome weapon.

Book Description Time Life Education, 1983. Hardcover. Condition: New. 1st Edition. Time Life : Part Of The Series , " The Epic Of Flight " : Large Format-Leatherette Binding With A Round Inset Illustration To The Front Face. Binding is tight, covers and spine fully intact. No Jacket as issued. First Edition. 176 pages, profusely illustrated with colour and b&w photos.The editors of Time-Life Books have produced another exciting series: The Epic of Flight. Fighting Jets are brought to you in exciting detail through vivid photography and engaging, informative text. Seller Inventory # 012624