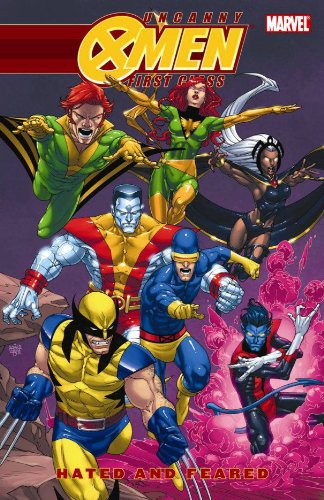 The early days of the X-Men's second generation are revealed in an all-new series starring Cyclops, Storm, Banshee, Colossus, Nightcrawler, Wolverine, and Phoenix! Professor X invites the mysterious Inhumans into the X-Men's home, but when Wolverine and Gorgon meet, the party turns ugly! Nightcrawler faces a crisis of faith and searches for an answer in the Inhuman city Attilan - but has he found his salvation, or ultimate destruction? Don't miss a culture clash that will rock both super-teams to their cores! Collects Giant-Size Uncanny X-Men First Class and Uncanny X-Men First Class #1-4.