Items related to The Assassins Gallery 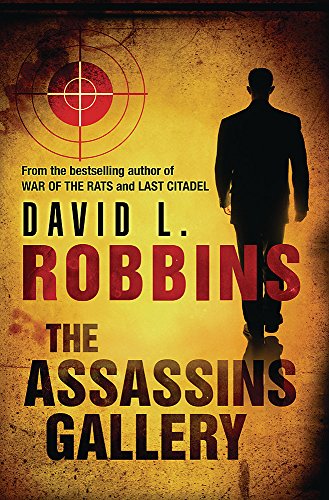 What if Franklin Roosevelt didn't die of natural causes? What if FDR had been the victim of the twentieth century's greatest cover-up?

The assassin steps out of the Atlantic Ocean in the middle of a raging nor'easter. Cool and efficient, she's a weapon of war superbly trained in the ancient arts of subterfuge and murder. And even though she's outnumbered, she's got one major advantage: no one sees her coming.
Meanwhile, Professor Mikhal Lammeck's specialty is the history and weaponry of assassins. But even Lammeck is caught off-guard when a former student, now working for the Secret Service, urgently requests his help. All too soon Lammeck begins to suspect the unthinkable.

As the final days of the war count down, someone wants one last shot to alter history. An assassin is headed to Washington, D.C., to kill the most important soldier of them all: the U.S. commander in chief. As Lammeck and a killer at the top of her profession circle the streets of the capital in the hunt for FDR, one of them will attempt to kill the world's most heavily guarded man, the other, to save him. And between them, for an instant, history will hang in the balanceż.

the story is a dotty, coincidence-filled Modesty Blaise-style caper dressed up in academic clothing - an excellent combination. I loved it. (Literary Review)