Items related to Wake Up 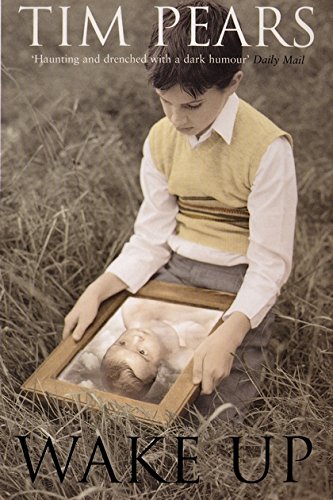 For John, a potato isn't just a staple food, it's also something wondrous, the secret of his success and the key to the future. With his brother, Greg, he has turned his father's greengrocery business into Spudnik, Britain's largest dealer in potatoes. Now, he wants to change the world by introducing, through potatoes, edible vaccines.

There is a grubby, Lawrencean, earthiness about Wake Up, Tim Pears' fourth novel. Rotting vegetables, mud, urine, excrement, vomit and semen jostle for space in an invective first-person narrative. The central character John Sharp is an unnerving, unpleasant but often amusing raconteur. He's the misogynistic, misanthropic Oxford-educated brains behind Spudnik, Britain's largest potato dealers. Despite his disdain for the bulk of the word's inhabitants, he has unwavering faith in a scheme to cultivate vaccines in genetically modified spuds. The book opens with John driving to work having just learnt that two people have died in dubious trials of the prototype. Uncertain about how to break the news to Greg, his brother and (brawny) business partner; he becomes mesmerised by a ring road. As he spins relentlessly around it, in a subtle but insistent echo of the nature's own cycles, he starts to unfurl a highly questionable version of his life story. By the second page John has already confessed to lying and continually retracts, denies and reworks his own version of events, leaving the reader, as the silent, omnipresent interlocutor, to decide quite how believable any part of his story is.

Potato lore permeates his monologue--even seeping into a marvellously tuberous description of the Sharp clan's physiognomy: "We were a plug-ugly Anglo-Saxon family. Yes, we were. White and skinny or white and lumpy: that was the choice our genes offered us." Progeny, human and vegetable in John's case, is Pears' overriding theme. There's a remarkable neatness here. Pears is very adept at tidy but believable contrasts: John's scientism is marked against his wife Lily's New Ageism; Lily's adventurous cooking is in turn compared to John's mother's ability to drain food of its taste, while Greg's entrepreneurial vigour is sharply contrasted with their late father's inability to get beyond running a single fruit and veg stall. These binary motifs drive the novel; making John a robust, if sometimes obnoxious, figure and giving the whole thing a pleasing cohesion. There's a slightly annoying, final twist (Frankenspud turns out to be John's second genetic monstrosity) but this inventive and actually very funny novel asks serious questions about the responsibilities, and possible dangers, of scientific "progress". --Travis Elborough