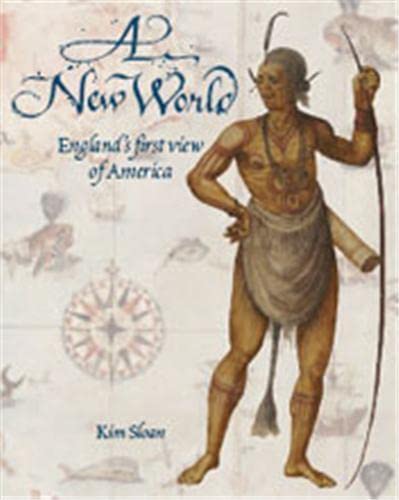 Paperback. Pub Date: 2007 Publisher: itish Museum Press in Click on the Google Preview image above to the read some pages of this book! Presents a reproduction of the famous itish Museum collection of drawings made by John White. who in 1585. accompanied a group of English settlers sent to found a colony in 'Virginia'. This book explores White's role as a colonist. surveyor and artist who recorded the plants and animals. and also provided a window on the native American culture.

"This handsome collaborative volume . . . brings the best of today's interdisciplinary scholarship to bear on his work in both its original and engraved versions."
-- "International History Review"

"This book should be in every library devoted to art and history."
-- "Imprint"

"Full of insightful revelations, subtle inferences, and extraordinary detail that bring to both the serious scholar and casual reader a refreshing look at the corpus of John White's work."
-- "NC Historical Review"

"Provides not only a new edition of White's images but also many new insights and perspectives on the artist."
--"American Literary History"

"A masterful book that should be strongly recommended for all ages, classrooms, and libraries. . . . Highly recommended."
-- "CHOICE"

"A well-rounded portrait of White, his significance, and his role in England's early colonial activities in North America."
-- "Winterthur Portfolio"

"Provides background and context for White and his work in three deeply researched essays as well as in the text accompanying the beautifully reproduced watercolors from the exhibition."
-- "William and Mary Quarterly"

This beautiful book reproduces in full the famous and rarely seen British Museum collection of drawings and watercolours made by John White, who in 1585 accompanied a group of English settlers sent by Sir Walter Raleigh to found a colony in 'Virginia', along the tidewaters of coastal North Carolina. White's duties included making visual records of everything then unknown in England, including plants, animals and birds as well as the human inhabitants, especially their dress, weapons, tools and ceremonies. The collection also includes his watercolours of Florida and Brazilian Indians, and the Inuit encountered by Martin Frobisher. In this landmark catalogue, each work is reproduced in colour and is thoroughly described, supplemented by engravings by Thedor de Bry and other comparable works. The introduction is followed by three specially commissioned chapters covering John White himself, the indigenous inhabitants, and their historical context. The book explores White's role as a colonist, surveyor and artist who not only recorded the plants and animals but also provided a window on a now lost Native American culture and way of life.

Book Description British Museum Press, London, 2007. SOFTCOVER. Condition: New. No Jacket. 1st Edition. Large 4to. in colour printed stiff glossy card covers, 256pp, colour plates, bibliography, index etc. Mainly on the watercolours of John White made during one of Raleigh's visits to Virginia . . . . . [ CONDITION : NEW copy ] . . . . . . . . . . . NOTE Due to size and/or weight shipping to destinations outside the UK will cost more than the price shown above. Orders made by card will be completed after you have approved the extra cost. . . . . . . . . . We always ship in PROTECTIVE CARD PARCELS. Seller Inventory # TH1900404