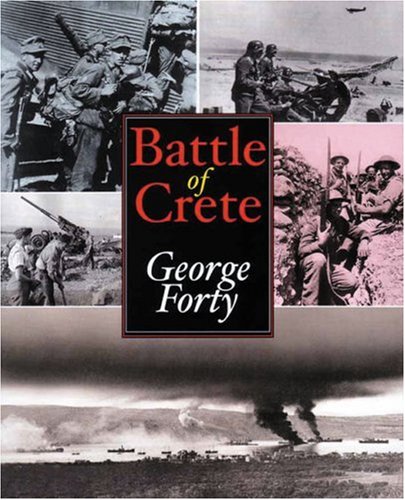 Series from Ian Allan which concentrates on design, development and technical details with numerous close-up photographs and line drawings of chassis, engine, tracks, fighting compartment and armament of each design together with drawings of insignia and markings. The subject of this volume was a medium tank designed from the outset to be the main vehicle within Germany's Panzer divisions. Colour unit markings. 9 colour profiles. 1:35 drawings. 94 b/w and 4 colour illustrations. 96 pages. Softback

Following the successful German invasion of the Balkans, the Axis powers' attention now switched to the strategic island of Crete. The island was Britain's last foothold in the northeast Mediterranean and was perceived as being pivotal to the ongoing defence of the Middle East and the crucial sea-lanes leading to the Suez Canal. By early 1941, the British position in the Mediterranean was crumbling; in North Africa Rommel's forces were sweeping eastwards and the remaining British positions, such as Malta, were threatened. Against this background, German forces launched an airborne attack against Crete in late May 1941. Churchill had decreed that the defence of the island was paramount, with the result that the defensive garrison had been strengthened. However, despite the strong defence offered by British forces - which was such as to make German commanders contemplate abandoning the invasion - air supremacy and poor British communications resulted in a German victory. The Battle for Crete was a major setback for the British; valuable men and equipment were lost, often in controversial circumstances and yet it was not a wholesale German success either.

It was, for example, to be the last time that a German invasion using airborne paratroopers was launched. About the Author:

Lt-Col George Forty, who lives in Dorset, is now retired from the Royal Tank regiment and as curator of the Tank Museum at Bovington. One of Britain's foremost military historians, he is the author of numerous titles on warfare during the 20th century. His most recent title for Ian Allan Publishing was the acclaimed Channel Islands at War, which was published in the Autumn of 1999.