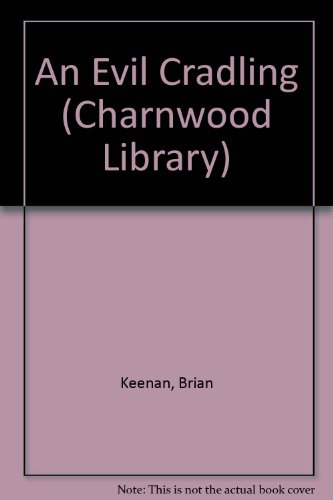 Keenan's account of his captivity in Beirut, during which for much of the time he was shut off from all news and contact with his fellow-hostages.

"An early nineties classic... It reminds you of the privilege of freedom" (Joseph Fiennes Daily Express)

"There may have been more important books than Brian Keenan's An Evil Cradling, but its thoughtfulness and delicacy of feeling are unforgettable. Four years of savage captivity in Lebanon have been transmuted into understanding, not bitterness: a remarkable achievement" (Daily Telegraph)

"Scriptural in its resonances and its broad artistry, while being as gripping as an airport thriller" (Observer)

'A moving and remarkable triumph' Sebastian Faulks, Independent on Sunday

Book Description -. Hardcover. Condition: Very Good. An Evil Cradling (Charnwood Library) This book is in very good condition and will be shipped within 24 hours of ordering. The cover may have some limited signs of wear but the pages are clean, intact and the spine remains undamaged. This book has clearly been well maintained and looked after thus far. Money back guarantee if you are not satisfied. See all our books here, order more than 1 book and get discounted shipping. Seller Inventory # 7719-9780708987827

Book Description Charnwood (Large Print), 1994. Condition: Good. This is an ex-library book and may have the usual library/used-book markings inside.This book has hardback covers. In good all round condition. No dust jacket. Please note the Image in this listing is a stock photo and may not match the covers of the actual item,800grams, ISBN:9780708987827. Seller Inventory # 4785415