Items related to Time to Remember 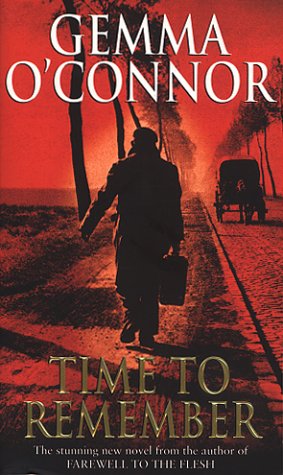 In the early 40s, in war-torn Europe, a boy witnesses the murder of his girlfriend by a young soldier. Forty years later, by chance, he recognizes the soldier and becomes obsessed with destroying him secretly and from afar. That is, until the two men meet face to face in Oxford, one summer morning.

In 1944, in war-torn Europe, a fifteen-year-old boy watches as his village is razed to the ground. From his hiding place high in a tree, he also witnesses the brutal murder of his childhood sweetheart by a soldier not much older than himself. Decades later his terrible memories are revived when, by chance, he recognizes the soldier. From that moment, he devotes himself to destroying his enemy, by stealth and from afar. Until one fateful early summer morning in Oxford the two men once again come face to face...then seemingly disappear without trace.

As young policewoman Juliet Furbo frantically searches for the missing men, she begins to uncover the disturbing connection between them. And in so doing, she is led inexorably back to the tragedy of her own haunted and violent past.