Items related to Franny and Zooey 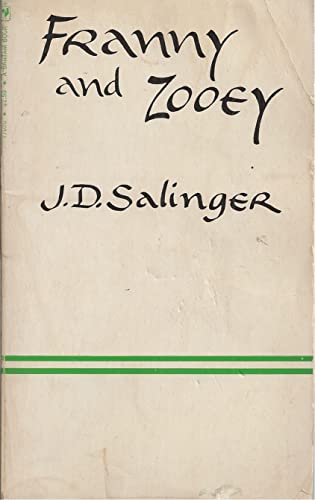 The author writes: FRANNY came out in The New Yorker in 1955, and was swiftly followed, in 1957 by ZOOEY. Both stories are early, critical entries in a narrative series I'm doing about a family of settlers in twentieth-century New York, the Glasses. It is a long-term project, patently an ambiguous one, and there is a real-enough danger, I suppose that sooner or later I'll bog down, perhaps disappear entirely, in my own methods, locutions, and mannerisms. On the whole, though, I'm very hopeful. I love working on these Glass stories, I've been waiting for them most of my life, and I think I have fairly decent, monomaniacal plans to finish them with due care and all-available skill.

J D Salinger was born in 1919. He grew up in New York City, and wrote short stories from an early age, but his breakthrough came in 1948 with the publication in The New Yorker of 'A Perfect Day for Bananafish'. The Catcher in the Rye was his first and only novel, published in 1951. It remains one of the most translated, taught and reprinted texts, and has sold some 65 million copies. It was followed by three other books of short stories and novellas, the most recent of which was published in 1963. He lives in Cornish, New Hampshire.