Items related to Space is the Machine: A Configurational Theory of Architectu...

Hillier, Bill Space is the Machine: A Configurational Theory of Architecture

Space is the Machine: A Configurational Theory of Architecture 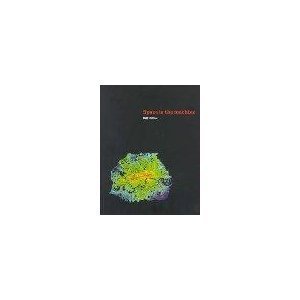 Since The Social Logic of Space was published in 1984 Bill Hillier and his colleagues at University College London have been conducting research on how space features in the form and functioning of buildings and cities. A key outcome is the concept of 'spatial configuration' - meaning relations which take account of other relations in a complex. New techniques have been developed and applied to a wide range of architectural and urban problems. The aim of this book is to assemble some of this work and show how it leads the way to a new type of theory of architecture: an 'analytic' theory in which understanding and design advance together. The success of configurational ideas in bringing to light the spatial logic of buildings and cities suggests that it might be possible to extend these ideas to other areas of the human sciences where problems of configuration and pattern are critical.

In this innovative book, Bill Hillier looks at a wide range of architectural and urban problems. Using new techniques of configurational analysis he shows that the patterns of space created by buildings are the key to how buildings and cities work for people.

Bill Hillier is Emeritus Professor of Architectural and Urban Morphology at the Space Syntax Laboratory, University College London. He is a founder, owner and director of Space Syntax Limited. As the original pioneer of the methods for the analysis of spatial patterns known as ‘space syntax’, he is the author of The Social Logic of Space (Cambridge University Press, 1984, 1990) which presents a general theory of how people relate to space in built environments, ‘Space is the Machine’ (CUP 1996), which reports a substantial body of research built on that theory, and a large number of articles concerned with different aspects of space and how it works. He has also written extensively on other aspects of the theory of architecture.

1. Space is the Machine: A Configurational Theory of Architecture