Items related to Development of Large Scale Structure in the Universe...

Development of Large Scale Structure in the Universe (Lezione Fermiane) 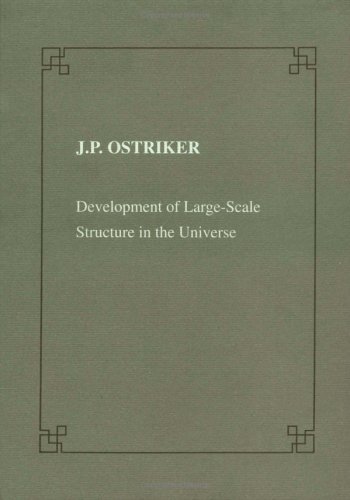 The book describes the current state of our knowledge of large-scale cosmic structures. After providing the historical background for modern investigations, and the observational basis for believing in the big bang model of a homogeneous and isotropic expanding universe based on general relativity, the author turns to discuss perturbations, the deviations from homogenity and isotropy. Observations of large-scale structure are summarized and then there is a return to an attempt to understand how this structure grew on a physical and mathematical basis. Finally, in concluding remarks, the author argues for agnosticism, or that it is quite likely that none of the present models for the development of structure are correct. The author, however, holds out hope that the seeds of understanding may have already been planted, that they are surely growing up to the level where one can hope for revelations in the next decade based on new observations and intensive analysis of innovative and competing world models.

1. Development of Large Scale Structure in the Universe (Lezione Fermiane)