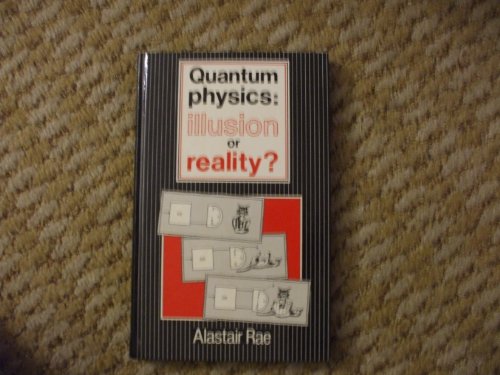 In this book the author sets out to describe and discuss the philosophical foundations and conceptual problems encountered in the theory of quantum physics. The book describes the basic ideas of quantum physics and discusses both the long standing and the more modern conceptual problems. It then goes on to discuss the 'Measurement Problem' which arises when quantum physics is taken to be the fundamental theory of physics, applicable to large-scale physical systems as well as to atomic phenomena. Various attempts to resolve the resulting contradictions have led some physicists to suggest that human consciousness plays a unique role in the physical world and others to postulate that the physical universe is continually splitting into a huge number of copies of itself. Recent suggestions that quantum physics might be capable of explaining so-called paranormal phenomena are critically reviewed.

One of the prime fascinations of quantum physics is the great conceptual leap it requires us to make from our conventional ways of thinking about the physical world. Alastair Rae's introductory exploration offers an engaging guide to the theories on offer.

Book Description Condition: Good. Shows some signs of wear, and may have some markings on the inside. Seller Inventory # 19156134-75

Book Description Cambridge University Press, 1986. Hardcover. Condition: Very Good. WE ARE PROCESSING ORDERS AS NORMAL DURING THIS VIRUS EPIDEMIC, ALL ITEMS ARE SENT BY ROYAL MAIL. DISPATCHED FROM THE UK WITHIN 24 HOURS ( BOOKS ORDERED OVER THE WEEKEND DISPATCHED ON MONDAY) BY ROYAL MAIL. ALL OVERSEAS ORDERS SENT BY AIR MAIL. WE ALSO ACCEPT PAYMENT IN US DOLLARS OR EURO BY BANK TRANSFER. Seller Inventory # mon0000609844