Arts of Power: Three Halls of State in Italy, 1300-1600 (The New Historicism: Studies in Cultural Poetics) 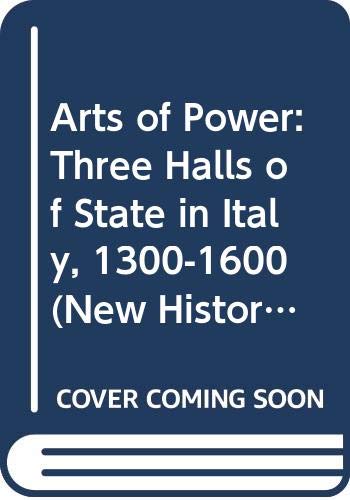 Jacob Burckhardt claimed that the state in Renaissance Italy became "a work of art". In this book, the authors illiminate the corollary: that art in Italy became a work of state. They study centres of power under three distinctive governments - a civic republic of the 14th century, a princely court of the 15th, and an absolutist state of the 16th. The authors argue that, no less than armies, laws and taxes, painted halls of state were strategic instruments, tactical weapons and technical machines of government. The three rooms examined here are Ambrogio Lorenzetti's Sala dei Nove in Siena (1338-40), Andrea Mantegna's Camera Picta in Mantua (1465-74), and Giorgio Vasari's Sala Grande in Florence (1563-71), where the wedding procession of Giovanna of Austria and Francesco de'Medici culminated in 1565. The authors investigate the rooms as monuments of public art transformed by fundamental changes in political regimes, artistic practices and cultural values. They posit that far from merely reflecting political messages, the art both constructed and contested ideology. It follows that instead of looking through art objects for the realities allegedly underlying them, the authors see the signs encoded in art as a kind of reality. The authors go beyond secure frontiers of history and art to a field of inquiry that locates the material of investigation in a shifting calculus of relations between images, texts and circumstances. They understand art as a form of power while charting the operations of power in the forms of art.