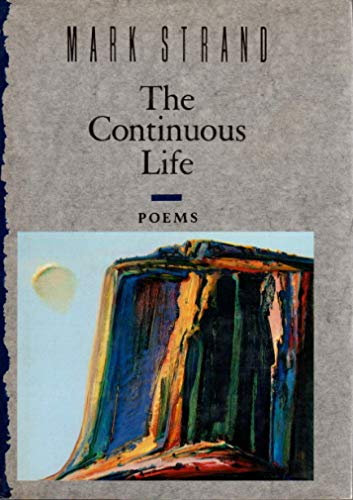 Strand's poems occupy a place that exists between abstraction and the sensuous particulars of experience. It is a place created by a voice that moves with unerring ease between the commonplace and the sublime. The poems are filled with "the weather of leavetaking," but they are also unexpectedly funny. The erasure of self and the depredations of time are seen as sources of sorrow, but also as grounds for celebration. This is one of the difficult truths these poems dramatize with stoicism and wit.

Mark Strand was born in Summerside, Prince Edward Island, Canada, and was raised and educated in the United States and South America.He is the author of many books of poems, a book of stories, and three volumes of translations, and he was the editor of several anthologies. He received many honors and awards, including a MacArthur Fellowship, the Pulitzer Prize (forBlizzard of One), the Bollingen Prize, and the Gold Medal for Poetry from the American Academy of Arts and Letters. In 1990, he was appointed poet laureate of the United States. He died in August 2013."

Poems deal with mortality, the role of the poet, myths, fiction, family life, translation, and travel.