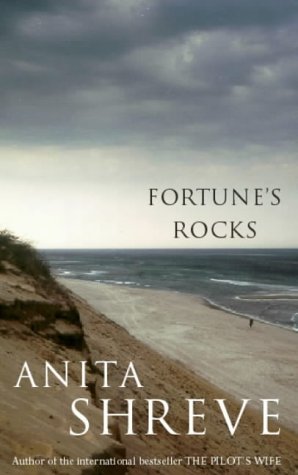 453 pages. Book appears to have hardly been read and is in As new condition throughout. The only exception is a small inscription to the inside page. At A Turn-of-the-century Coastal Resort In New Hampshire, Fifteen-year-old Olympia Biddeford Is Drawn Into An Intense Love Affair With A Much Older Man, John Haskell, A Married Physician And Activist, Which Has Profound And Long-reaching Repercussions Upon Everyone Around Them.

Hester Prynne never had it so good! The year is 1899, and Olympia Biddeford, the headstrong daughter of a Boston Brahmin family, has decided to test the limits of her cloistered world. Spending the summer at her father's New Hampshire estate, the teenage heroine of Fortune's Rocks is entranced with the visiting salon of artists, writers and lawyers. She's especially captivated, however, by John Haskell, a charismatic physician who ministers to the blue-collar community in the nearby mill towns. This middle-aged Good Samaritan hires Olympia to assist him as a nurse and their collaboration soon evolves into a fiery love affair. Alas, it's only a matter of weeks before this passionate exercise in managed care is exposed--with disastrous consequences for the young, impregnated heroine. Even her adoring father now considers her "an over-plump, 16-year-old girl whose judgement can no longer be trusted" and insists that she break off her relationship:

"There is nothing more to be said on this subject", he says. She bites her lip to keep from crying out further. She holds the arms of her chair so tightly she later will have cramps in her fingers. She will refuse to obey him, she thinks. She will accept his implied challenge and set off on her own. But in the next moment, she asks herself: How will she be able to do that?

Without her father's support, she cannot hope to survive. And if she herself does not survive, then a child cannot live."

In the end, Anita Shreve's seventh novel is a polished, supremely entertaining variation on Wuthering Heights, with Olympia and Haskell sitting in for Catherine and Heathcliff. The author did some meticulous research for her New England background, which gives this study of one particular wayward woman some extra historical heft. Some readers may find the plot twists a bit pat. And despite Olympia's efforts to be an independent woman, she overcomes her trials largely as a result of her family's wealth and station, which takes the edge off Shreve's feminist message. Still, Fortune's Rocks is a romance in the classic sense of the word and should be enjoyed as such, unless the reader is absolutely allergic to happy endings. --Ted Leventhal

A quiet but highly charged novel in which intense emotion is counterpointed with an evocation of landscape (Elizabeth Buchan, THE TIMES)

It seems like a mighty poem. FORTUNE'S ROCKS, you know, will prove much more than a place name (OBSERVER)