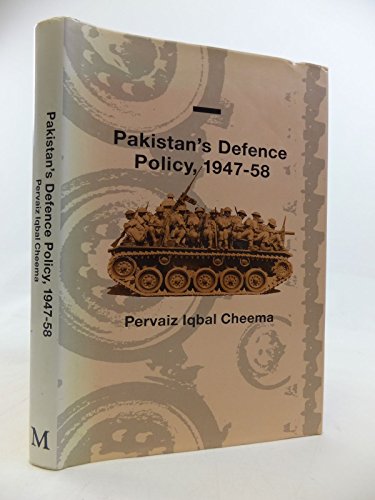 This book is an attempt to subject exclusively defence policy of Pakistan 1947-58 to academic investigation. It examines the defence policy in the context of the then existing international political system, South Asian regional compulsions and the role of elites. Born under an extremely unfavourable and complicated environment, in which not only the world was sharply divided on ideological basis but the regional and domestic compulsions confronted the new state with a complex situation, Pakistan did not have many options available if viewed within the context of ruling elites inclinations. The major trust of the argument revolves around Pakistan's perceived security threats from India and its efforts to counterbalance the threat initially through non-alignment and later through alliances. The study also discusses the significance of alternatives which Pakistan decided to abandon. The author also wrote "A Select Bibliography of Periodical Literature on India and Pakistan 1947-1970", "Sanctuary and War", and "Conflict and Co-operation in the Indian Ocean: Pakistan's Interests and Choice."