Items related to Ways of the Hand: A Rewritten Account (The MIT Press)

Ways of the Hand: A Rewritten Account (The MIT Press) 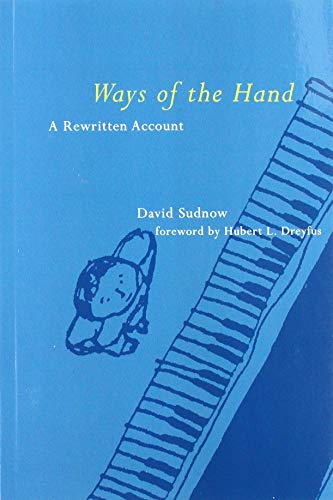 A detailed account of the experience of learning to improvise on the piano. Ways of the Hand tells the story of how David Sudnow learned to improvise jazz on the piano. Because he had been trained as an ethnographer and social psychologist, Sudnow was attentive to what he experienced in ways that other novice pianists are not. The result, first published in 1978 and now considered by many to be a classic, was arguably the finest and most detailed account of skill development ever published. Looking back after more than twenty years, Sudnow was struck by the extent to which he had allowed his academic background to shape the book's language. He realized that he could now do a much better job of describing his experiences in a way that would not require facility with formal social science and philosophical discourse. The result is a revised version of the book that carries the same intellectual energy as the original but is accessible to a much wider audience.

David Sudnow is the author of Passing On, on the sociology of medical care; Talk's Body, on language and music; and Pilgrim in the Micro World, on the nature of the body-computer interface. Over the past two decades, he has developed a widely used piano teaching method on the basis of experiences first described in this book. Hubert L. Dreyfus is Professor of Philosophy at the University of California at Berkeley.

Ways of the Hand: A Rewritten Account (The MIT Press)