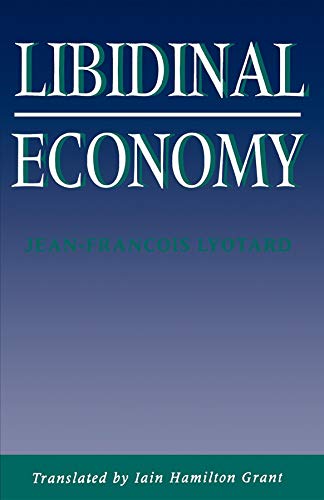 This is a philosophical development of the Freudian concept of 'libidinal economy' and one of Lyotard's most important works. In part a response to Deleuze and Guattari's Anti-Oedipus, it can also be seen as culminating a line of modern thought ranging from de Sade, Nietzsche and Bataille, to Deleuze, Klossowski, Irigaray and Cixous. It is thus important in the context of modern French philosophy, and also in its relevance to contemporary thinking on a broad range of questions, including sexual politics, semiotics and literary studies.