Items related to The Mystery of the Darkstone

Rutt, Val The Mystery of the Darkstone

The Mystery of the Darkstone 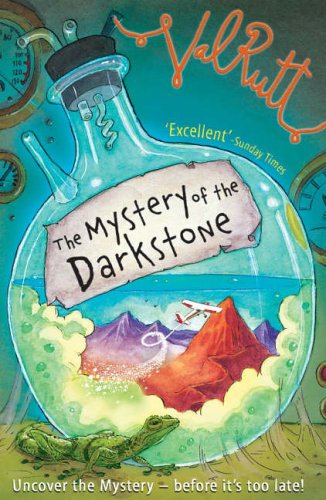 Kate and Phil Reynolds are just an ordinary brother and sister - apart from their talking cat, Barking, and the magical heartstones that give them special powers. But when Phil ends up at the mysterious Caddington Lodge - a summer camp in Africa for 'difficult' boys - strange things start to happen. All the boys at the camp are oddly placid and subdued, and Phil finds a laboratory full of strange spheres, each labelled with a boy's name. Something very sinister is going on, and Kate and Phil's evil grandmother, Lorabeth Lampton, is sure to be behind it. As Phil, Kate, their eccentric Great Aunt Elizabeth and their friends travel across countries and through time to put a stop to Lorabeth's terrible plan, the truth about the Darkstone emerges. Only after a terrifying struggle can they all be free from Lorabeth Lampton, and continue the legacy of the Heartstones...

Val Rutt is a teacher and lives in London with her husband, two children and a spaniel called Dave. In 2005 she was appointed the first ever Writer in Residence at the Roald Dahl Museum and Story Centre. The Mystery of the Darkstone is the sequel to her first book, The Race for the Lost Keystone.

1. The Mystery of the Darkstone Rutt, Val