Items related to Modeling for All Scales: An Introduction to System...

Modeling for All Scales: An Introduction to System Simulation 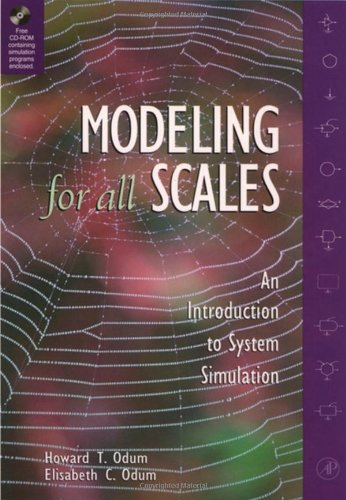 All manner of models are used to describe, simulate, extrapolate, and ultimately understand the function of dynamic systems. These sorts of models are usually based upon a mathematical foundation that can be difficult to manipulate especially for students. Modeling for All Scales uses object-oriented programming to erect and evaluate the efficacy of models of small, intermediate and large scale systems. Such models allow users to employ intuitively based symbols and a systems ecology approach. The authors have been leaders in the systems ecology community and have originated much of the scientific vocabulary of the field. After introducing modeling and its benefits, there is a series of chapters detailing the more particular elements of successful simulation. There follows another series of chapters, each devoted to models of different sorts of systems. Small scale models of growth, competition, and evolution give way, successively, to larger and larger scale models such as international trade and the global geobiosphere. Anyone interested in an easy to use approach to modeling complex systems authored by perhaps the most original systems ecologists of the century will want this book. To further enhance the users ability to apply the lessons of this book, there is included a CD-ROM disc which provides the fundamental tools for modeling at all scales.

Howard T. Odum is the recognized originator of the systems approach to environmental and ecological modeling The recipient of many awards, his students and close colleagues now represent the leading proponents of systems science.

1. Modeling for All Scales: An Introduction to System Simulation Odum, Howard T. and Odum, Elisabeth C.

2. Modeling for All Scales: An Introduction to System Simulation Odum, Howard T. and Odum, Elisabeth C.

3. Modeling for All Scales: An Introduction to System Simulation Odum, Howard T. and Odum, Elisabeth C.