Items related to In Search Of Lost Time, Vol 2: Within a Budding Grove:... 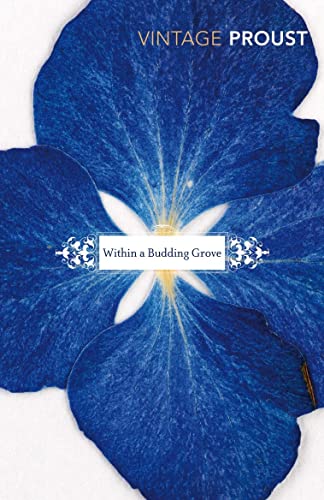 Within a Budding Grove describes the first shoots of an astonishing love affair. When Proust's adolescent narrator travels from Paris to the sunny seaside town of Balbec he meets an intriguing set of new acquaintances who provide him with both friendship and entertainment. Most significantly of all he meets a dark-haired girl with sparkling eyes and a tiny beauty spot on her chin: the mysterious Albertine, who will become the great love of his life.

"Scott Moncrieff's translation was rather like swimming through syrup...Kilmartin and Enright have produced a version that wonderfully proves the greatness of this novel, this novelist. The prose that describes Swann's sexual obsession, for instance, is so good you have to stop after many a paragraph, re-read, think over it" (Melvyn Bragg Guardian)

"One of the cornerstones of the Western literary canon" (The Times)

"Surely the greatest novelist of the 20th century" (Sunday Telegraph)

"As close to being a definitive English version of the great novel as we are likely to get. This new edition will serve to introduce new generations of readers to what Somerset Maugham rightly described as the greatest novel of our century" (Allan Massie Scotsman)

3. In Search of Lost Time: Within a Budding Grove Vol 2 (Vintage Classics)

4. In Search of Lost Time Volume 2: Within a Budding Grove [Paperback] Proust, Marcel