Items related to The Client 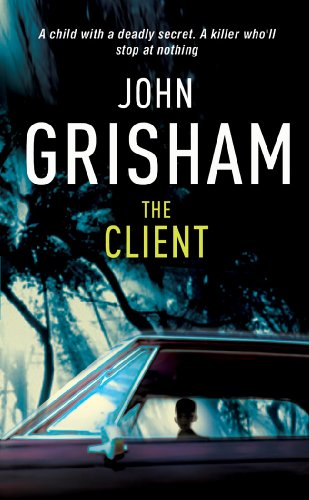 A US State Senator is dead. Only Mark Sway knows where the body is hidden.

The FBI want him to tell them where it is, regardless of the risk to the boy and his family.

The killer wants to silence him permanently.

Reggie Love has only been practising law for five years, but she agrees to represent Mark pro bono, knowing she's his best hope for survival. Against the twin threats of the cold-hearted American state and the schemes of a cold-blooded killer, Reggie must fight the case of her life.

Or it might be the last case of her life.

With her sparkling voice and superb acting ability, Blair Brown gives an impressive reading of this John Grisham blockbuster. The story hinges on a young boy who gets an unwanted earful of murder and politics--and dangerous secrets about both--from a conscience-stricken mob lawyer bent on suicide. "I can tell you where the body is... the most notorious undiscovered corpse of our time". Just the kind of information most children don't need, especially when the snakeskin-wearing hit man finds out what he knows. Aside from musical cues scattered as superfluously as laugh tracks on a sitcom, the production quality is stellar, preserving the crispness of Blair's voice and the nuances of her excellent interpretation. --George Laney, Amazon.com