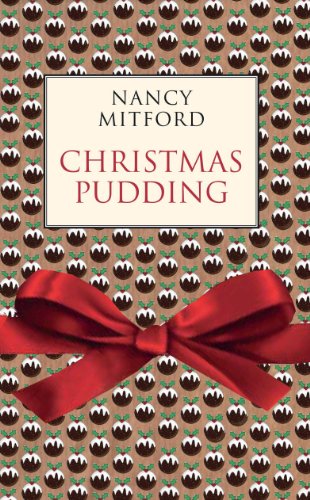 Published a year after Nancy Mitford's first novel 'Highland Fling', 'Christmas Pudding' gives a flavour of life for the Bright Young Things of the twenties and thirties, and a taste of what was to come in her later novels. Though foot-and-mouth disease has stopped hunting, Lady Bobbin, MFH and formidable chatelaine of Compton Bobbin, has assembled an oddly assorted Yuletide gathering. Her beautiful but silent daughter Philadelphia is torn between two suitors: Lord Lewis, eligible but dull, and Paul Fotheringay, penniless, charming and dismayed that his would-be-serious novel has been hailed as the funniest book of the year. At Eton, Philadelphia's brother Bobby rejoices in presents from Cartier and writes notes to older boys. Posing as his tutor, Paul arrives to write the life of the eminent Victoria poetess, Lady Maria Bobbin. But in no time at all Philadelphia sweeps all thoughts of her distinguished forebear from his mind. This handsome hardback edition makes an ideal gift.

Nancy Mitford (1904-1973) was born in London, the eldest child of the second Baron Redesdale. Her childhood in a large remote country house with her five sisters and brother is recounted in the early chapters of 'The Pursuit of Love' (1945). She had written four novels including 'Highland Fling' (1931) before the success of 'The Pursuit of Love', and followed it with 'Love in a Cold Climate' (1949) 'The Blessing' (1951) and 'Don't Tell Alfred' (1960). After the war she moved to Paris with her husband where she lived for the rest of her life. Nancy Mitford was awarded the CBE in 1972.

Christmas Day was organized by Lady Bobbin with the thoroughness and attention to detail of a general leading his army into battle. No one moment of enjoyment was left to chance. But even Lady Bobbin, superwoman though she might be, could not prevent the day by being marked with a great deal of crossness, much overeating, and a series of startling incidents. The battle opened with the Christmas stockings.

Book Description Paperback. Condition: Very Good. The book has been read, but is in excellent condition. Pages are intact and not marred by notes or highlighting. The spine remains undamaged. Seller Inventory # GOR005011327