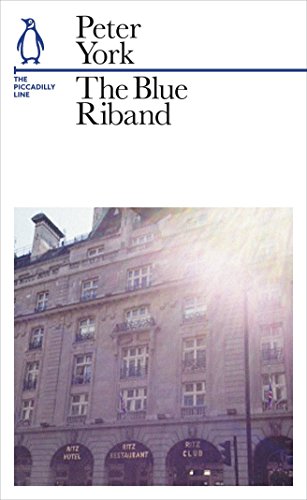 "Authors include the masterly John Lanchester, the children of Kids Company, comic John O'Farrell and social geographer Danny Dorling. Ranging from the polemical to the fantastical, the personal to the societal, they offer something for every taste. All experience the city as a cultural phenomenon and notice its nature and its people. Read individually they're delightful small reads, pulled together they offer a particular portrait of a global city." "Evening Standard""

The contrasts and transitions between books are as stirring as the books themselves. . . A multidimensional literary jigsaw." "Londonist"
"

"A collection of beautiful books." "Grazia""

"A series of short, sharp, city-based vignettes some personal, some political and some pictorial. . . each inimitable author finds that our city is complicated but ultimately connected, full of wit, and just the right amount of grit." "Fabric "Magazine" ""

Peter York is one of the UK's leading strategic researchers. As Peter York, the writer, author and broadcaster on social styles and trends, he writes regularly for the Independent and other broadsheets. His books include co-authoring the 80s bestseller The Sloane Ranger Handbook and Dictators' Homes. His latest BBC documentary, 'The Rise and Fall of the Ad-Man', was shown on BBC2 in 2011. He is a Visiting Professor of the University of the Arts London. His latest book Jim Lee: Arrested will be published in May 2012.

Book Description Paperback. Condition: Very Good. The book has been read, but is in excellent condition. Pages are intact and not marred by notes or highlighting. The spine remains undamaged. Seller Inventory # GOR005281787

Book Description Penguin, 2013. Paperback. Condition: Good. Light foxing to page edges Good condition is defined as: a copy that has been read but remains in clean condition. All of the pages are intact and the cover is intact and the spine may show signs of wear. The book may have minor markings which are not specifically mentioned. Most items will be dispatched the same or the next working day. Seller Inventory # wbb0014036632

6. The Blue Riband: The Piccadilly Line

Book Description Penguin UK, 2013. Condition: Good. A+ Customer service! Satisfaction Guaranteed! Book is in Used-Good condition. Pages and cover are clean and intact. Used items may not include supplementary materials such as CDs or access codes. May show signs of minor shelf wear and contain limited notes and highlighting. Seller Inventory # 1846146798-2-4