Items related to Smoke and Whispers 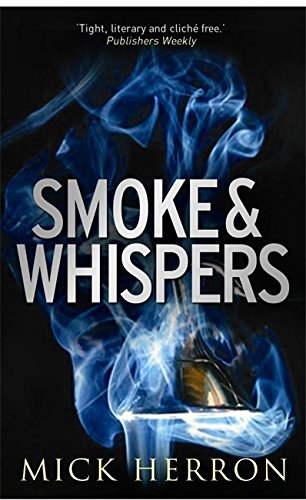 When a body is hauled from the River Tyne, Sarah Tucker heads North for a closer look. She identifies the dead woman as private detective Zöe Boehm, but putting a name to the corpse only raises further questions. Did Zöe kill herself, or did one of her old cases come looking for her? Why was she wearing a jacket a murderer had stolen years before? And what’s brought Sarah’s former sparring partner Gerard Inchon to the same broken-down hotel? Coincidence is an excuse that soon looks pretty unconvincing. From derelict shipyards to its glitzy new quayside, Newcastle shows a different face everywhere Sarah looks. But then so do all the people she encounters,gangster, barman, scientist, cop – Sarah can’t trust anyone. Nor can she leave until she’s found the answer, however dangerous that discovery might turn out to be...

Mick Herron never tells a suspense story in the expected way, which is why his new novel, Reconstruction, reads as much like a puzzle mystery as it does a thriller . . . unpleasant things are bound to happen, and they do-but not until Herron has finished surprising us . . . there is no hiding under the desk. (New York Times Book Review)

This masterful thriller... results in superior entertainment that makes most other novels of suspense appear dull and slow-witted by comparison. (Publishers Weekly)

The latest thriller from the highly regarded Mick Herron.

Book Description Little, Brown Book Group Limited, 2009. Condition: Good. Ships from the UK. Former Library book. Shows some signs of wear, and may have some markings on the inside. Seller Inventory # 18198188-20