Items related to The Grand Inquisitor 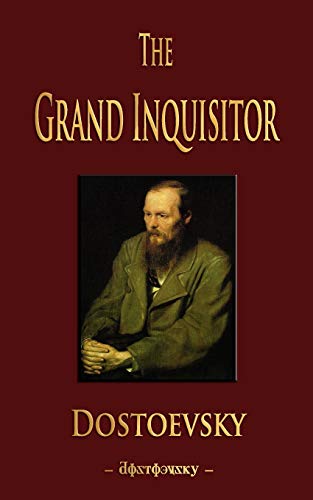 Considered to be one of the most crucial passages and subplots to Fyodor Dostoyevsky's novel "The Brothers Karamazov," this story is a parable told by Ivan to his younger brother Alyosha, a novice monk, about the return of Christ during the time of the Spanish Inquisition. When Christ begins performing miracles, he is soon arrested by those of the Inquisition. "The Grand Inquisitor" has influenced many literary and popular culture works as an exemplary philosophical and religious work in its own right and the themes presented in the parable are a driving force for the character development of Ivan and Alyosha throughout the rest of "The Brothers Karamazov."

Fyodor Dostoyevsky was born in Moscow in 1821. He died in 1881 having written some of the most celebrated works in the history of literature, including Crime and Punishment, The Idiot, and The Brothers Karamazov.

The Grand Inquisitor (Paperback or Softback)