Items related to World War I (Atlas of Conflicts)

World War I (Atlas of Conflicts) 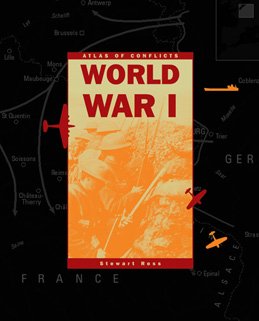 Atlas of Conflicts takes readers through the significant battles, strategies, victories, and losses of six critical wars with clear, insightful narration and describes the key combatants and issues involved. Maps on every spread illustrate military action on the ground, in the air, and at sea, and also detail the geopolitical shifts that have resulted from these world-changing struggles. Atlas of Conflicts provides a wealth of primary source quotations and statistical information, along with powerful historic photographs of both military and civilian participants in these wars.

Stewart Ross spent several years teaching in Britain, the USA and Asia before becoming a full-time writer in 1991. Since then he has published numerous books for children and adults.

1. World War I (Atlas of Conflicts)