Items related to The Bay of Angels (Windsor Selection S.) 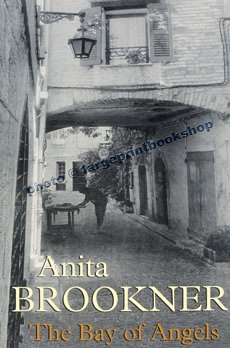 When her widowed mother marries a wealthy older man and moves to Nice, Zoe's life changes forever. Alone in London, she discovers a new-found freedom and independence - until a sudden and tragic accident forces her to re-examine her life and expectations: maybe settling down isn't for everyone. For the first time Anita Brookner lays out the ground rules for a single life - not necessarily an uncomplicated one - and in the end shows that you can be single and happy.

Anita Brookner's 20th novel is another superb, touching and honest meditation on marriage, feminism and filial duty. The Bay of Angels is a finely crafted, affecting story of an intelligent, independent woman, Zoe Cunningham, working through her responsibilities to herself, her mother and her sex. Brookner's opening chapter is a masterclass, moving her heroine from childhood through to her late teens in broad but heightened detail; it showcases all her skills in presenting a character, in the first person, and that character's motivations, self-analysis and hopes. The reader is immediately brought in to Zoe's confidence and feels a close empathy with, and minute understanding of, her world.

Zoe is a singular, although not a lonely child, bookish, observant, temperate but also a lover of fairy tales and the escapes they seem to offer. Her mother echoes these characteristics but, in her, they evidence something a little more diminished. Remarkably, forced out by well-meaning relatives to a social event she would much rather avoid, her mother meets and marries the kind, ebullient Simon. Simon seems to Zoe like a Santa Claus figure, a figure that seems to confirm her trust in fairy tales, who has rescued her mother from long afternoons, and longer evenings, of waiting. She wonders if perhaps now someone will rescue her.

Gentle tragedies, and a dissection of loneliness and the flawed routes out of it offered to women, follow. We become captivated by Zoe's world and by Brookner's rendering of her inner life. Brookner has been at the height of her powers for so long that words like genius and masterpiece flow easily. The astonishing thing is that these words must be invoked to do this level of writing any justice at all. --Mark Thwaite

'Tough, cogent writing, without sentimentality, and its polish never masks its realism ... Brookner reveals herself as a European novelist and a major one.' (The Times)

'One of Brookner's most subtle, original and emotionally resonant works ... She subverts expectations again.' (The Sunday Telegraph)

'With a steelier grip than almost any other writer, Brookner always reaches out and pulls you in. Her talent for immersing you in the pinched, emotional life of her characters is unparalleled ... Her understanding of female loneliness is heart-clenching.' (Mail on Sunday)

1. The Bay Of Angels