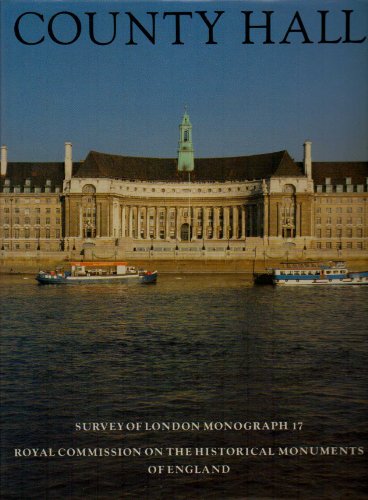 This is the first full-length account of the design and building of the County Hall, begun in 1907, and only completed in 1974. It includes an detailed description of the competition, and the construction of this important municipal building, designed to house the London County Council, London's first single local authority since medieval times. It was projected at the height of Beaux Art influence in this country, an influence reflected in its interiors, but the extensions over half a century echo both changes in architectural styles and in society's perception of the changing role of London's major local authority. The building was designed by the young and relatively unknown Ralph Knott, though a number of important architects advised on the building including Richard Norman Shaw and Giles Gilbert Scott, but any outside architect had always to deal with the influential architect to the LCC and his department. The photographs specially taken for this book, show the imposing interiors on the Principal Floor and some more obscure corners of this building which has dominated London's riverside for 70 years.