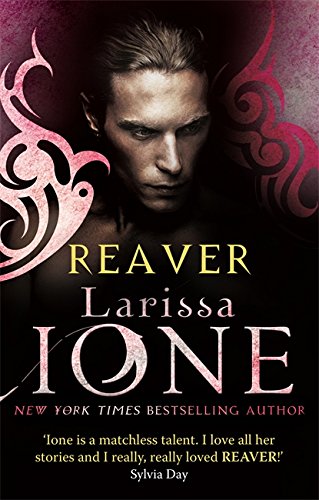 WARRIOR OF HEAVEN
Reaver is an angel with a past, a record, and a less-than-heavenly attitude. Powerful enough to fight alongside the fiercest battle angels-and crazy enough to risk his wings on a one-way mission to hell-he's agreed to go where no angel has ever gone before . . . to steal the most seductive and dangerous prize of Satan himself.

ANGEL OF HELL
Harvester is one of the Fallen, a once-heroic angel who sacrificed her wings to work as an undercover agent in hell. But now her cover has been blown, and she's been doomed to an eternity of agonizing torture. Even if Reaver can snatch her away from Satan's lair, even if they can fight their way out of the underworld's darkest depths, there is one thing Harvester can never escape-her newfound thirst for an angel's blood . . .

In every sense, Ione's Demonica world continues to be both rich and gritty, not to mention populated with memorable characters. Like a fine wine, this series is aging spectacularly! (RT Book Reviews)