Items related to Culture and Anarchy in Ireland, 1890-1939 (Oxford Paperbacks... 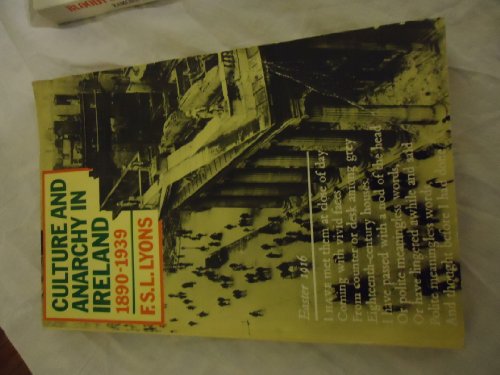 In this book, Dr.Lyons traces the outlines of four conflicting cultures which co-exist in Ireland - Gaelic, English, Anglo-Irish and Ulster Protestant. Their interlocking pattern he believes, form the basis of Ireland's continuing conflicts. The historical framework in which he examines these cultures is defined by the two symbolic dates of the fall of Parnell and the death of Yeats. The book won the Wolfson Literary Prize for History and the Ewart-Biggs Memorial Prize.

2. CULTURE AND ANARCHY IN IRELAND,