Items related to The Oxford Illustrated History of the Royal Navy (Oxford... 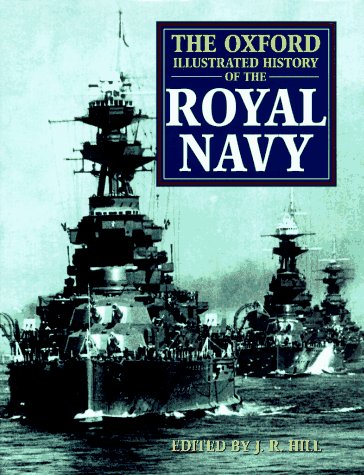 The Royal Navy was a principal instrument of British power, and the critical factor in national defence, for several centuries. It was a unique institution that worked its way deep into the national psyche, not only through heroes like Nelson but through the reputation of the ordinary sailor for courage, enterprise, tenacity and humour. This illustrated history explores the Navy's record in strategy, operations, ship and weapon development and construction, organization, manning, training and its place in society. It relates how the Navy interacted strategically, economically and socially with events in the UK from medieval times to the present day. The supporting illustrations include diagrams showing how ships of various periods were manned for battle.

About the Editor: Rear-Admiral J. R. Hill served for over 40 years in the Royal Navy in sea and Whitehall appointments, ending his career in 1983. He has written six books on maritime warfare, strategy, and arms control, and lectures world-wide on these areas. He is editor of The Naval Review and Chairman of the Society for Nautical Research. Bryan Ranft, Consultant Editor, is a Former Professor of History at the Royal Naval College, Greenwich.