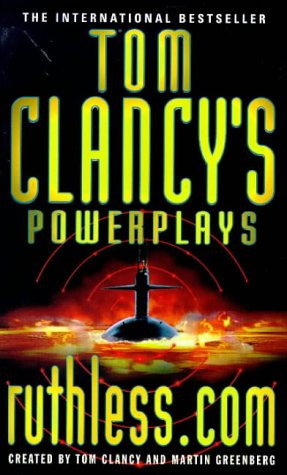 When the US president bows to commercial pressure to deregulate vital computer encryption codes, an unforeseen Pandora's Box is opened. Not only are the positions of the security forces undermined, but terrorist groups now have a potential back door into the nation's defence computers. And someone plans to use it. With several NATO leaders on board to mark its first deployment, a brand new nuclear submarine and its payload of missiles is targetted by a powerful terrorist group who plan to hijack it and demand the largest ransom in history. One man, Roger Gordian, CEO of America's largest computer company, understands the danger and also has the resources to try to act. Before it's too late ...

Thirty years ago Tom Clancy was a Maryland insurance broker with a passion for naval history. But he had always dreamed of writing a novel, and his first effort, The Hunt for Red October, catapulted on to the New York Times bestseller list. From that day forward, Clancy established himself as an undisputed master at blending exceptional realism and authenticity, intricate plotting, and razor-sharp suspense. He passed away in October 2013.

Following the deregulation of computer encryption codes, an unforeseen Pandora's Box is opened. Terrorists now have a potential back door into the nation's defence computers, and someone plans to use it. One man understands the danger and has the resources to act before it's too late.