Items related to The Middle Parts of Fortune: Somme And Ancre, 1916... 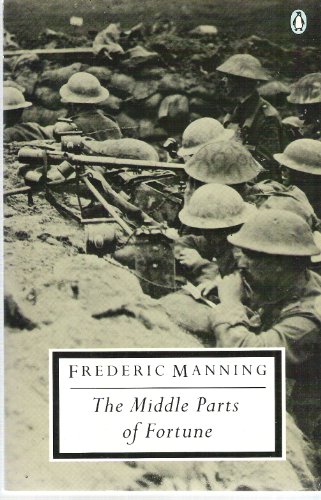 First published anonymously in 1929, this book was from the start an underground classic, considered by Hemmingway, Eliot, Pound, T.E.Lawrence, and Arnold Bennett as the ultimate novel of trench warfare, evoking the horror, brutality, futility, nobility, and courage of war.

"It is the finest and noblest book of men in war that I have ever read. I read it over once each year to remember how things really were so that I will never lie to myself nor to anyone else about them" (Ernest Hemingway)

"The most truthful and profound exploration of the experiences of war...is to be found in The Middle Parts Of Fortune... Manning explored the moral ambiguities of war in the language of the men with whom he served. He articulated the suffering and comradeship of men who might have no other literary record" (Guardian)

"Without doubt the greatest British novel of the war" (Independent)

Set in the mud and stench of the Somme this is a grim, sardonic tale of war that led William Boyd to say ‘this is the finest novel to come out of the First World War’

2. THE MIDDLE PARTS OF FORTUNE: SOM