Items related to The Making Of The English Landscape (Penguin History...

The Making Of The English Landscape (Penguin History S.) 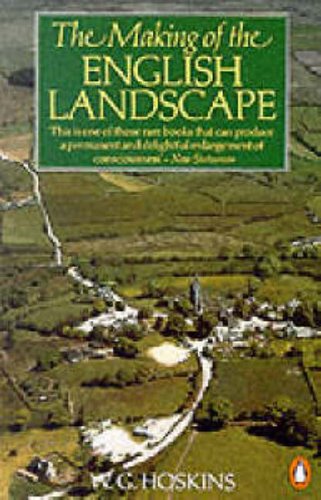 Deals with the historical evolution of the English landscape as we know it. It dispels the popular belief that the pattern of the land is a result of 18th-century enclosures and attributes it instead to a much longer evolution. This book traces the chronological development of the English landscape from pre-Roman days to the eve of the Black Death, onwards to the Industrial Revolution and up to the present day. With the help of photographs and charts, Professor Hopkins discusses the origins of Devonshire hedge-banks and lanes, the ruined churches in Norfolk and lost villages in Lincolnshire, Somerset's marshland ditches, Cornwall's remote granite farmsteads and the lonely pastures of upland Northamptonshire.

1. The Making of the English Landscape (Penguin History)