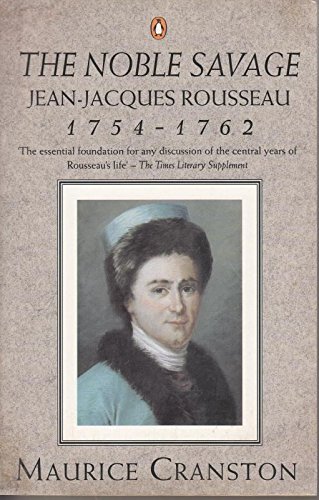 Between 1754 and 1762, before the exile and paranoia which dogged his final years, Rousseau produced many of his passionate, subversive masterpieces: "La Nouvelle Heloise", "Emile" and "The Social Contract". The author recreates his retreat from Paris, his intense love affairs and flirtatious friendships, his stormy relations with Voltaire and Diderot, and his evolving philosophy of nature. This is a continuation of the biography which began with the publication of "Jean-Jacques: the Early Life and Work of Jean-Jacques Rousseau". At the age of 42, Rousseau left his literary circle in Paris for a life of rustic solitude, but the "first philosopher of the green" was not at his best when closest to nature. Rousseau eschewed the rewards of worldly success and began to live on the frugal earnings of a music copyist and moralist. At 42 he returned to Geneva to secure readmission to the Calvinist Church. Apart from biographical narrative, this book includes a central discussion of "Emile" and "The Social Contract".

Book Description Paperback. Condition: Good. The book has been read but remains in clean condition. All pages are intact and the cover is intact. Some minor wear to the spine. Seller Inventory # GOR002807346

Book Description Paperback. Condition: Very Good. The book has been read, but is in excellent condition. Pages are intact and not marred by notes or highlighting. The spine remains undamaged. Seller Inventory # GOR003994537

Book Description -. Paperback. Condition: Very Good. The Noble Savage: Jean-Jacques Rousseau, 1754-62 This book is in very good condition and will be shipped within 24 hours of ordering. The cover may have some limited signs of wear but the pages are clean, intact and the spine remains undamaged. This book has clearly been well maintained and looked after thus far. Money back guarantee if you are not satisfied. See all our books here, order more than 1 book and get discounted shipping. Seller Inventory # 7719-9780140139891

Book Description Penguin Books, Limited 19. Condition: Good. Ships from the UK. Former Library book. Shows some signs of wear, and may have some markings on the inside. Seller Inventory # 18862366-20