Items related to Tender is the Night: A Romance

Fitzgerald, F.Scott Tender is the Night: A Romance

Tender is the Night: A Romance 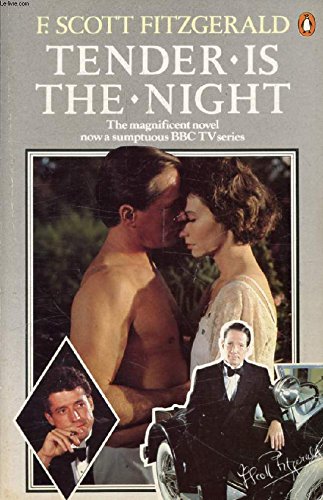 On the 1920s Riviera the rich and hedonistic disport themselves, drawn by the brilliance and promise of Dr Dick Diver and his fragile wife, Nicole. No one is more infatuated than Rosemary, the beautiful young starlet who will become the main force in Dick's eventual destruction. There's a timelessness about the vacuity of this soulless set that makes the whole dismal story a powerful fable for our times, made totally convincing by the finely nuanced narration. --Rachel Redford, The Observer

F. Scott Fitzgerald's 1934 Tender is the Night was his last and most painfully conceived novel. Based on personal experience (the schizophrenia of his wife, Zelda, his affair with a Hollywood actress and the time they spent in Paris, Switzerland and on the Cote d'Azur), it is a sad but hauntingly beautiful exploration of the way in which a needy person leaches the spirit out of a strong one. Dick and his wife Nicole seem to be the most glamorous of couples, but gradually the tragic secrets of their past emerge. Trevor White reads with subtly shifting pace and complete command. --Christina Hardyment, The Times

1. Tender is the Night: A Romance

Book Description Penguin, 1982. Paperback. Condition: Used; Good. Dispatched, from the UK, within 48 hours of ordering. This book is in good condition but will show signs of previous ownership. Please expect some creasing to the spine and/or minor damage to the cover. Grubby book may have mild dirt or some staining, mostly on the edges of pages. Damaged book. Slightly damaged in some way typically, a grazed corner or torn cover. Seller Inventory # CHL5901399

2. Tender Is the Night

3. Tender is the Night

Book Description -. Paperback. Condition: Very Good. Tender is the Night This book is in very good condition and will be shipped within 24 hours of ordering. The cover may have some limited signs of wear but the pages are clean, intact and the spine remains undamaged. This book has clearly been well maintained and looked after thus far. Money back guarantee if you are not satisfied. See all our books here, order more than 1 book and get discounted shipping. Seller Inventory # 7719-9780140056167

4. Tender is the Night: A Romance

5. Tender is the Night: A Romance

7. Tender Is the Night

8. Tender Is the Night

Book Description Penguin Books, Limited. Paperback. New Penguin Essentials edition of the heartbreaking classic of the roaring twenties, Tender is the Night by F. Scott Fitzgerald.'I don't ask you to love me always like this, but I ask you to remember. Somewhere inside me there'll always be the person I am tonight.' American psychoanalyst Dick Diver and his wife Nicole live in a villa on the French Riviera, surrounded by a circle of glamorous friends. When beautiful film star Rosemary Hoyt arrives she is drawn to the couple - Dick contemplates an affair, while Nicole believes she's found a new best friend. But a dark secret lies at the centre of the Divers' marriage. A secret which could destroy Dick and Nicole and those close to them . . . 1982. Reprint. A very good copy. Seller Inventory # 10743680

9. TENDER IS THE NIGHT