Items related to The Plumed Serpent 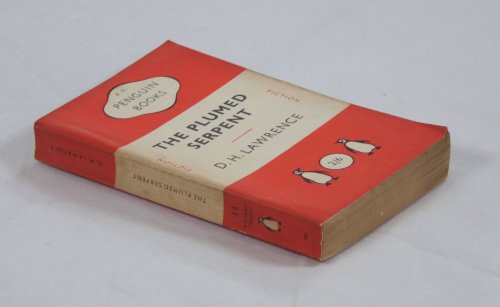 The Plumed Serpent, one of Lawrence's most vivid novels, is set in Mexico in the 1920s and centres on the religion of the ancient Aztecs. The Cambridge edition establishes for the first time a meticulously edited text based on the manuscript, typescript and proof material, nearly all of which survives.

D. H. Lawrence, whose fiction has had a profound influence on twentieth-century literature, was born on September 11, 1885, in a mining village in Nottinghamshire, England. His father was an illiterate coal miner, his mother a genteel schoolteacher determined to lift her children out of the working class. His parents' unhappy marriage and his mother's strong emotional claims on her son later became the basis for Lawrence's Sons and Lovers (1913), one of the most important autobiographical novels of this century. In 1915, his masterpiece, The Rainbow, which like it's companion novel Women In Love (1920) dealt frankly with sex, was suppressed as indecent a month after its publication. Aaron's Road (1922); Kangaroo (1923), set in Australia; and The Plumed Serpent (1926), set in Mexico, were all written during Lawrence's travels in search of political and emotional refuge and healthful climate. In 1928, already desperately ill, Lawrence wrote Lady Chatterly's Lover. Banned as pornographic, the unexpurgated edition was not allowed legal circulation in Britain until 1960. D. H. Lawrence called his life, marked by struggle, frustration, and despair "a savage enough pilgrimage." He died on March 2, 1930, at the age of 44, in Vence, France.