Items related to Rails of the Kingdom: History of Thai Railways

Kakizaki, Ichiro Rails of the Kingdom: History of Thai Railways

Rails of the Kingdom: History of Thai Railways 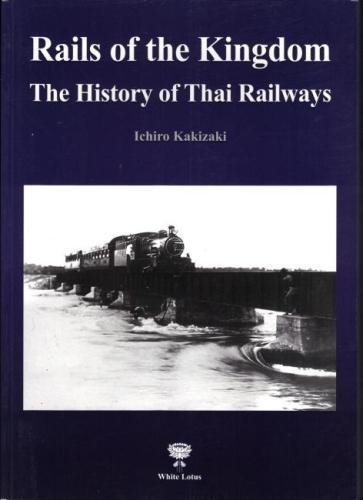 Rails of the Kingdom is an outline of railway history in Thailand intended for general readers, summarizing the author's previous research in transport in Thailand. It aims to present a general history of Thai railways from the latter half of the nineteenth century to the present, focusing on changes in railway policy and the transformation of railway transport in Thailand. Many maps, charts, and tables are offered as references, together with about 100 photographs. This book covers not only the development of an interregional rail network under the Royal Railway Department and its successor, State Railways of Thailand, but also the history of urban railways in Bangkok, including the elevated railway, the subway, and the airport access railway, The present situation and future prospects are also examined. Since a survey of relations between the railway and other means of transport, especially road transport, is crucial for understanding the history of railways, highway development in Thailand is also described. The book presents Thai railway history within the context of transportation in general in Thailand. A comparison of Thai railways with neighboring countries'railways in terms of network development, the transformation of transport, and modernization is also offered. The history of railway construction in each country in Southeast Asia is briefly described, as well as recent plans for building an international railway network in Southeast Asia and Southern China. Through such comparisons, this book presents a brief history of railways throughout Southeast Asia.

1. Rails of the Kingdom: History of Thai Railways