Items related to Soldat: Reflections of a German Soldier, 1939-45 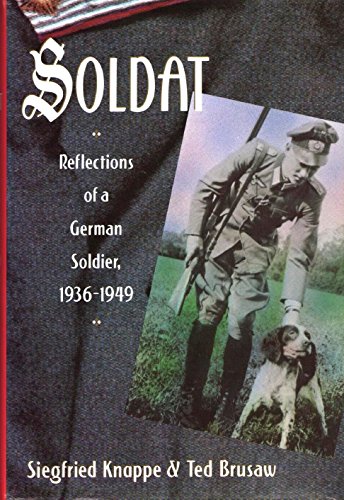 Written by a German officer, this book is an inside look at the German side of World War II. Siegfried Knappe participated in many crucial and significant campaigns of the war - including the desperate defence of Berlin, where Knappe's role as operations officer to General Weidling had him shuttling between the lines of combat and Hitler's headquarters and bunker. Equally valuable and unusual are Knappe's descriptions of the early days of Operation Barbarosa and the experience of the front-line soldiers during the invasion of Russia.

Siegfried Knappe (1917-2008) was a soldier in the Wehrmacht, the German Army, before being captured by the Russians.