Items related to Soldat: Reflections of a German Solider, 1936-1949 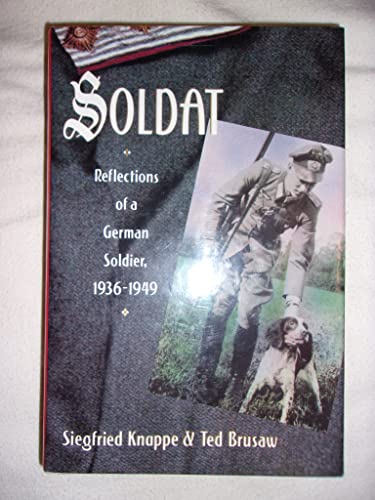 Recounting his role in World War II, a German soldier describes his days in Hitler's youth labor service, his five years in a Soviet prison camp, and his reunion with his wife and children. 15,000 first printing.

The wartime diaries of German soldier who fought in almost every major campaign reveal a full range of experiences, from getting caught up in Hitler's rise to power to spending five years in a Russian prison camp. Reprint. K.

Siegfried Knappe (1917-2008) was a soldier in the Wehrmacht, the German Army, before being captured by the Russians.