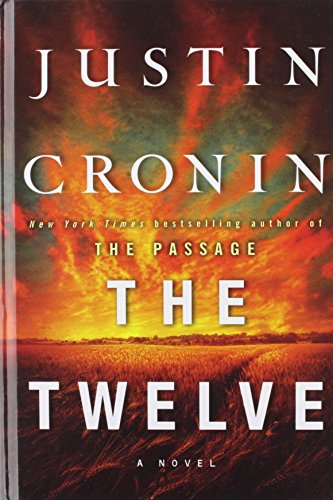 A literary thriller revealed in multiple time frames, "The Twelve "is a suspenseful tale of the human capacity for sacrifice and the transformative power of renewal. "In the present day" As three strangers attempt to navigate the chaos cast upon civilization by a U.S. government experiment gone wrong, their destinies intertwine. "More than a hundred years in the future" Amy, Peter, Alicia and the others introduced in "The Passage" pinpoint the weaknesses of the twelve original vampires . . . even as they confront a betrayal by one of their own.

Praise for "The Passage"
"[A] magnificent beast of a new novel."
"--TIME
"
"A blockbuster . . . astutely plotted and imaginative."
""--"The New York Times Book Review"
"Cronin's unguessable plot and appealing characters will seize your heart and mind."
""--"Parade"

"Great storytelling . . . vital, tender and compelling."
""--"O, The Oprah Magazine
"
"Addictive, terrifying and deeply satisfying. Not only is this one of the year's best thrillers; it's one of the best of the past decade--maybe one of the best ever."
""--"Men's Journal"