The Zoo Quest Expeditions: Travels in Guyana, Indonesia and Paraguay 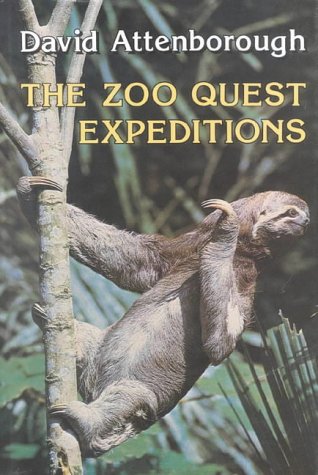 David Attenborough first established his current reputation on television with his Zoo Quest series, and these original accounts of his travels proved him to be an excellent writer and a gifted and amusing story teller. This edition brings together, slightly abridged, his descriptions of three journeys - to Guyana where he explored the broad savannahs of the Rupununi, the creeks and swamps of the coast, and the remote forest reserve of the Amerindians; to Indonesia in search of the Komodo dragon; and to Paraguay to seek, among other animals, the elusive giant armadillo. The book abounds with superb vignettes of bizarre characters - Mistah King, the mermaid fisherman; the shanty singers Lord Lucifer and the Great Smasher; Comelli, the wandering jaguar hunter; and the fat, jolly Gertie who claimed she has a 'highly nervous psychological disposition'. The author also tells, disarmingly, of the hardships of the journey by launch and canoes up the rivers of South America, of his travel by horseback through the parched, inhospitable Chac of Paraguay, sometimes swamp and sometimes desert, and of a hazardous voyage by prau under the captaincy of a gun-smuggler. At all times the author shows his acute powers of observation, his irrepressible sense of the ridiculous, and his gift as a brilliant raconteur. No one has written more entertaining travel books, and this collected edition, superbly illustrated by photographs, will be hugely enjoyed for its evocative descriptions of animals, people and places.