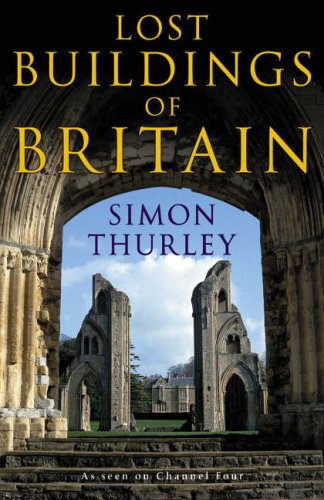 In LOST BUILDINGS OF BRITAIN leading historian Simon Thurley takes a journey into our nation's past and reveals the hidden narratives behind what we have lost from our historic landscape. Today they are ruins, destroyed by fire, neglect, war and even progress. But once they were places of great importance and beauty. Sifting through the remains, Thurley paints a fascinating portrait of how our ancestors once lived and worked.

LOST BUILDINGS OF BRITAIN is accompanied by a six-part television series on Channel 4.

To coincide with a major 6-part Channel 4 TV series.

Will establish Simon Thurley alongside Simon Schama and David Starkey as one of our premier TV historians.

Simon Thurley is a world authority on the royal palaces of the Tudor and Stuart kings. From 1990-1997, he was curator of the Historic Royal Palaces. In 1998 he was made director of the Museum of London. Since 2002 he has been Chief Executive of English Heritage.

1. The Lost Buildings of Britain