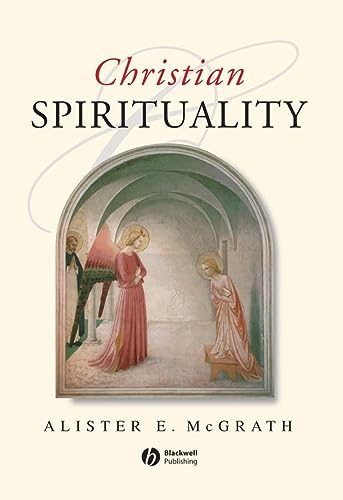 This text fills the need for a clear, informative, helpful and well-written introduction to Christian spirituality. It introduces this area of Christian theology as a serious and exciting field of study to those encountering it for the first time. It builds on the huge success of earlier texts in the area of Christian thought and practice by the same author, and is based on seven years' experience of teaching its themes. Written in a clear and accessible manner, and tested in the classroom, this text:Adopts the highly-praised educational approach embodied in other bestselling texts by the same author. Avoids a purely historical approach to the subject which students might find unrewarding. Encourages active engagement with primary sources through worked case studies. Includes a major analysis of the relationship between theology and spirituality, focusing on five major themes. Offers complete coverage of the Christian spiritual tradition, including Catholicism, Orthodoxy, Protestantism and Evangelicalism. Includes a guide to resources in spirituality available on the Internet. Can be used for private study or taught courses.

"This book ably and accurately provides information that will help those unfamiliar with the Christian tradition to engage with classical texts on spirituality." Amy M. Hollywood, Professor of Religion, Dartmouth College, New Hampshire


"This study really is an 'introduction' and is well suited to the needs of undergraduate students in universities, theological colleges, and seminaries. The book will also be useful for adult education courses, and will appeal in addition to a more general readership. There is a need for a reliable, basic, introductory textbook like this that doesn't make too many assumptions about its readers." Philip Sheldrake, Vice-Principal, Sarum College, Salisbury

"I am sure that this book will have a wide readership, particularly among theologians and students of theology. It should also have a wider readership among Christians more generally. Existing works of spirituality often have limited scope and make assumptions about their readers' knowledge. The author's concern to fill gaps and provide adequate explanations and contexts is admirable." Robert Swanson, Reader in Medieval History, University of Birmingham

"[The book's] considerable advantage in accessibility and in the structured ordering of ideas makes it ideal as an undergraduate textbook or a committed interest-reader's introduction. It includes frequent invitations and injunctions to read and explore more deeply. The book is written with superb clarity and very considerable breadth of reference...As a working textbook, this has everything one could wish for: interaction with the reader in the form of suggested tasks and internal cross-references; good management of the interrelationship with theology and clarification of terms; window-box texts; a glossary; a list of websites. For university courses and libraries this is a must. For enquirers it is a scholarly and accessible guide." International Journal of Children's Spirituality

"This book is highly recommended as a college or seminary textbook on the spiritual life or sanctification. In addition, anyone interested in delving into the tradition of Christian spirituality will find this a useful guide." Bibliotheca Sacra