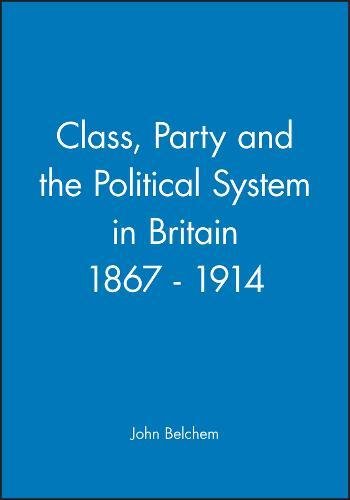 Between the second Reform Act and World War 1, the patterns and codes of political behaviour in Britain changed decisively. The nature of these changes, however, is hotly debated. Historians are widely at odds in their interpretations of electoral sociology and party performance between 1867 and 1914. This short study is designed to introduce students to some of the more complex and controversial issues in the political history of late-Victorian and Edwardian Britain and seeks to elucidate the impact of class and the role of party in local, constituency, Westminster and national politics.