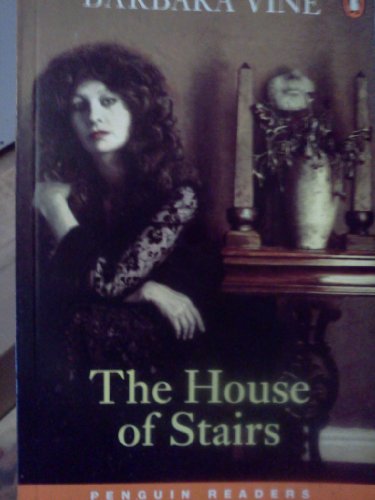 A few years ago a group of people lived in a big house in London, until one of them was murdered, but which one? Slowly the truth is revealed as the past, present and future join, and the story reaches its fatal conclusion. "Penguin Readers" is a series of simplified novels, film novelizations and original titles that introduce students at all levels to the pleasures of reading in English. Originally designed for teaching English as a foreign language, the series' combination of high interest level and low reading age makes it suitable for both English-speaking teenagers with limited reading skills and students of English as a second language. Many titles in the series also provide access to the pre-20th century literature strands of the National Curriculum English Orders. "Penguin Readers" are graded at seven levels of difficulty, from "Easystarts" with a 200-word vocabulary, to Level 6 (Advanced) with a 3000-word vocabulary. In addition, titles fall into one of three sub-categories: "Contemporary", "Classics" or "Originals". At the end of each book there is a section of enjoyable exercises focusing on vocabulary building, comprehension, discussion and writing. Some titles in the series are available with an accompanying audio cassette, or in a book and cassette pack. Additionally, selected titles have free accompanying "Penguin Readers Factsheets" which provide stimulating exercise material for students, as well as suggestions for teachers on how to exploit the Readers in class.

Barbara Vine was the pen-name of Ruth Rendell, and Viking published all of her books under that name.

Rendell won numerous awards, including the Crime Writers' Association Gold Dagger for 1976's best crime novel with A Demon in My View, a Gold Dagger award for Live Flesh in 1986, and the Sunday Times Literary Award in 1990. In 2013 she was awarded the Crime Writers' Association Cartier Diamond Dagger for sustained excellence in crime writing. In 1996 she was awarded the CBE and in 1997 became a Life Peer.